This interview was originally published as part of the “Summer Games Collection” in issue #24 of Nintendo Online Magazine (August, 2000). Excitebike 64 was an interesting mid-way point in the Excite franchise’s history, as every installment made after this one would instead switch its focus to other popular vehicles such as trucks and, uh, robots. The interview itself is quite brief, dealing mainly with the differences between the American and Japanese versions of the game. I was surprised to learn how well the game was received at the time, although I probably shouldn’t have been. Most racing games on the Nintendo 64 were pretty good, after all.

Excitebike 64 isn’t available for purchase anywhere, but you can download Excitebike on any recent Nintendo system. I also think the Excitebike levels were the best part of NES Remix, and if someone wants to fight me about that I’m more than willing. 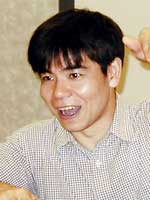